Home
Health News
HITTING THE PARTY WITH THESE DRUGS IS ACTUALLY GOOD FOR YOUR HEALTH?
Prev Article Next Article

Using drugs unreasonably or self-medicating without proper instructions can be really dangerous for you and your health. We all know that, but with a proper dosage, and a correct therapy of using without abusing, some drugs may actually do more help than harm?

Ecstasy has been widely known to be a treatment for many mental disorder issues such as autism, and even PTSD because it can help increasing the level of energy, and make us want to socialize more and more. Also, some scientists have found out that Ecstasy also has some anti-cancer substances and may lead a new light in cancer treatments in the near future.

In some recent researches, LSD, which is also known as acid or Lysergic acid diethylamide, has been found to be effective against alcoholism. LSD will prevent alcoholic people from going back to their bad habit during treatments.

Cocaine’s leaves have been used as a stimulant for the gut and another part of the body for decades. Other than that, because of its numbing effect, cocaine, or coke, is used widely in surgeries. And many scientists have been doing, even more, researchers on this plant, and they believe it also helps to stabilize the bowel in some situations.

As known as the “Special K” for partygoers and rave lovers. But not many people that it is also very effective in the treatment of depression. Researchers have shown that Ketamine releases some formulas that stimulate the brain cells, which is extremely helpful for many serious cases of depression.

Mushroom has psilocybin, which will create a very colorful illusion, even when consumed with only a small amount. Well, I guess that’s why we call it “magic mushroom”, right? There’s also some proofs saying that psilocybin is an effective cure for chronic headaches and depression.

It doesn’t mean that you should go out there and eat as many “magic mushroom” as possible. Even though some researchers have shown that mushroom helps stimulate the brain and the brain cells, we still need to study and examine this plan furthermore in the future.

Yep, last but definitely not least, the most common drug that some of us may have using it, like every day. Other than helping us chilling after some hard days, it contains a bunch of good benefits for your health as well, such as: relieve chronic pain, prevent PTSD, help people with chronic diseases regain appetite, control nausea, and many other good benefits for your health.

View post: UNHEALTHY FOOD THAT WILL RIPS THE YOUTH OF YOUR APPEARANCE 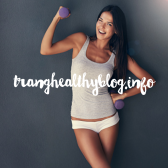 More from this Author

My blog is to share my own experience about health care issues, and other involved problems. It’s also a place for people to share their own information, and together we will create a great place for those who are interested in health care, about how to keep a healthy body even through the modern busy lifestyle.